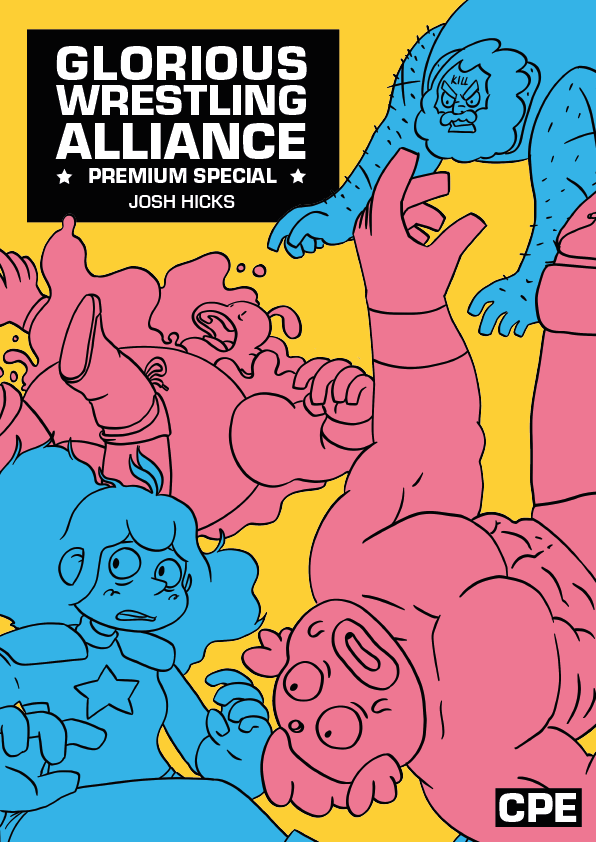 A deluxe hardback long comic collecting all three issues of the GLORIOUS WRESTLING ALLIANCE saga, plus an ALL-NEW 26 page chapter.

Follow the behind-the-scenes goings on at the world's most glorious wrestling promotion, as our cast of literally tens of wrestlers, bookers and hanger-ons navigate the pitfalls of life between the ropes. See them bicker, argue, weep, curl up into little balls on the floor (happens three times), bicker some more, throw things, throw each other. See it all! It's a comedy! (PS: You don't have to care about wrestling to like it)